Drones were used to show thanks and appreciation for health care heroes, frontline workers and first responders on the evening of Friday, May 15 at Vanderbilt Stadium in Nashville, Tennessee. 140 coordinated drones lit the sky in formations depicting inspiring words and images. (Vanderbilt University)

A drone was recently used to locate a stranded kayaker in Connecticut. Once found, the kayaker was said to be “wet and cold,” but uninjured. (Connecticut Post)

U.S. Rep. Bob Latta (R-OH) has introduced a bill that would authorize the U.S. Commerce Department to conduct a study on the impact UAS delivery services have on American businesses conducting interstate commerce. The Advancing Unmanned Delivery Services Act is part of a GOP-led legislative package of approximately 15 bills aimed at boosting America’s leadership in emerging technologies. (The Ripon Advance)

A drone was successfully launched from a flying helicopter during a test conducted by the U.S. Army. The combination of helicopters with so-called “air launched effects” systems is expected to make piloted helicopters more effective and survivable on the battlefield, while pairing them with drones that can search for and then destroy enemy targets. (Popular Mechanics)

After its plans to launch fast food delivery in a test on the campus of University College Dublin in mid-March were tabled due to the coronavirus pandemic, an Irish company called Manna instead began using its UAS to deliver medicine to elderly people in rural or isolated areas. The drone delivery tests are being conducted in the county of Offaly in Ireland’s midlands. (Forbes)

During its Build developer conference, Microsoft announced that its new machine teaching service, Project Bonsai, is now in public preview. The company says that project Bonsai is the first block of a larger vision to help its customers build autonomous systems. (TechCrunch) 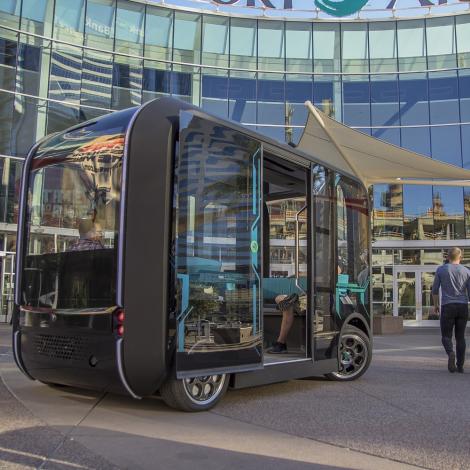