For electric vertical take-off and landing (eVTOL) aircraft to become a regular part of society, it will be important to realize large economy of scale, there must be enough demand to achieve the critical mass of adoption, and the public must be accepting of the technology, according to Dr. Nate Sirirojvisuth, senior cost research analyst at cost estimating company PRICE Systems.

In an email interview with AUVSI, Sirirojvisuth hypothesizes that eVTOL will likely start off as a niche product in the short term, providing value-added to the most affluent sections of society.

“The industry will then have to prove itself out over a period of time to demonstrate the value to the society at large,” Sirirojvisuth says.

For years PRICE Systems has conducted research on rotorcraft technologies, with a particular focus on traditional commercial and military systems. In 2014, the company worked with a Georgia Tech researcher to develop a rotorcraft life cycle cost model to help the U.S. Army Future Vertical Lift (FVL) program during the early phase of development.

PRICE Systems has performed research on various types of aerospace systems, including fixed wing and rotary wing aircraft, as well as UAS. When Uber released its Uber Elevate whitepaper entitled “Fast-Forwarding to a Future of On-Demand Urban Air Transportation” in 2016, the company took that as a sign that it was time to expand its research into the electrification of VTOL technologies.

“Uber proposed the concept of on-demand air taxi that can be price competitive with ground-based travel. We took notice and viewed it as partly a challenge to validate those numbers and to understand their assumptions,” Anthony (Tony) DeMarco, president of PRICE Systems, tells AUVSI.

“We later ended up working with Uber and many of its vehicle partners as a leading provider of cost analytics capability for eVTOL development.”

Challenges to overcome to achieve a flying taxi service

From its expansive research on these different types of aircraft, PRICE Systems realized that there were a number of challenges that must be addressed before a flying taxi service can be realized.

“First and foremost, [it] has to do with the vehicle itself. The introduction of electric propulsion and distribution of powered lift on a passenger transport scale is still in its infancy,” Sirirojvisuth begins.

“The engineering problem and design principal related to the design of this type of vehicle is not well understood. It allows for an explosion in design freedom in terms of design architecture and mission concept.”

“The challenge is identifying the criteria we should use to define our goal and objective to understand which configuration is better for what application,” he explains.

“We continue to see many aircraft companies begin their flight test program. Although this is quite promising progress, it is still yet to be seen what the final design will look like.”

The other issue that has to be addressed surrounds the rest of the ecosystem that must come online to support these new aircraft.

“We will need new vertiports to operate the aircraft, supply chain logistics to sustain the operation, and air traffic management system to integrate the routing into existing air space,” Sirirojvisuth adds.

“All of these things have to be done in a safe, comfortable, affordable, and sustainable manner such that people are willing to pay for the service. It is an interesting and challenging problem to solve.”

Last summer, PRICE Systems announced that it would use its PRICE Cost Analytics (PCA) to help Uber and other eVTOL aircraft innovators convert the concept of affordably flying to work or sharing an air taxi.

“Converting the concept” essentially means bringing it to reality, DeMarco explains. The “conversion process” starts with developing a technology that is affordable to the target industry or demographic.

“Our role in that pursuit is the harnessing of customer corporate data, information, and knowledge so that it can be traceably infused into an organizational model-based cost engineering (MBCE) capability. Essentially, we provide the conversion of technology requirements to cost,” DeMarco says.

“This unique combination of ‘cost engineering intelligence’ enables our customers to rapidly and accurately estimate the cost, schedule and risk of developing new or evolving current technologies,” DeMarco adds.

The most important differentiator of PCA is the integration framework (TruePlanning), which can rapidly model the cost, schedule and uncertainty of systems including development, production, and operations and support (O&S) regardless of the complexity of the system. The process of data discovery, analysis, standardization, categorization into data sets, estimating and mapping is managed by the integrated suite of capabilities.

“Each of these capabilities is critical for ensuring automated Basis of Estimate (BOE) documentation including SME notes, cost estimating relationships, historical data points, sensitivity and hours by activity and resource over time,” DeMarco explains.

The last main differentiator of PCA is the “unparalleled speed,” as PCA is a highly optimized mathematical modeling application designed for performance that enables complex estimates to be built in weeks as opposed to months. Changes to requirements are accommodated in just minutes instead of weeks.

With PCA, PRICE Systems hopes that it can provide vehicle and infrastructure companies the tool and capability to understand the trade-off and the cost impacts of their decision-making during the early development phase.

“Combining our experience in cost estimation and our subject matter expert in our Cost Research team, we are uniquely qualified to lead the cost analytic expertise and to be the honest broker to eVTOL advancement,” DeMarco says. 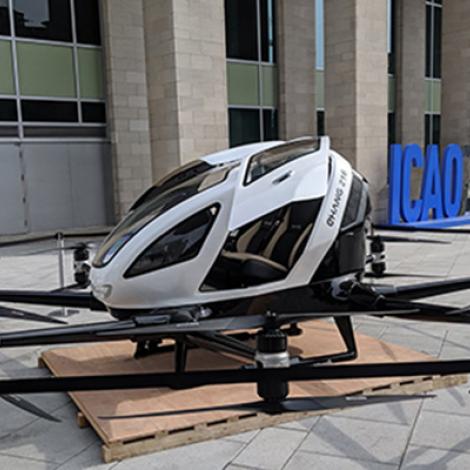